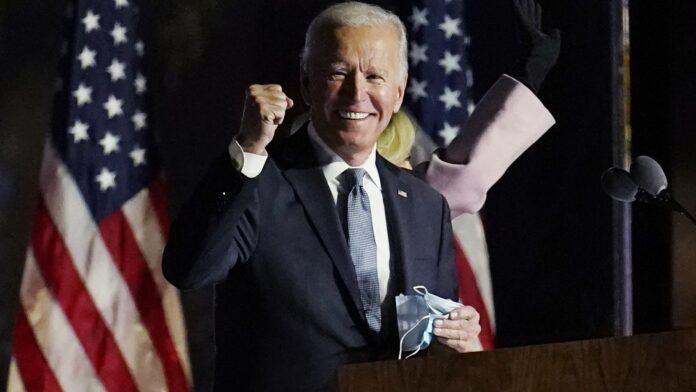 Close cooperation and strategic relations with the United States have always represented a priority for the European Union and are strictly necessary to both partner’s security and prosperity. Since the election of Donald Trump, the US-EU relationship has faced important challenges. Notwithstanding, with the victory of Joe Biden, European diplomats can realistically hope for a change of pace.

Since its creation, the European Union has trusted in and depended on the United States, with whom it shares the values of democracy, human rights, economic and political freedom. For many years, the EU and the US have cooperated in numerous foreign policy areas and have experienced analogous security concerns. Nevertheless, the relation between the European Union and the United States has taken a different path since the election of Donald Trump in 2016. Relying on the ‘America First’ approach, Donald Trump  has taken the distance from the EU on several major issues, such as the role of multilateral institutions and the rules-based international order, trade policies, climate change, and nuclear proliferation.

Even worse, Trump has been the first US President to actively try to weaken the Union and the transatlantic relationship in general. Trump criticized EU trade policies – declaring some EU exports “a threat to American national security”[1], menaced the allies to reduce US commitment to NATO,[2] referred to the UK vote to leave the EU as “a fantastic thing”.[3]

With the victory of Joe Biden, European diplomats can realistically hope for a change of pace. His win might confidently represent a new chapter in international relations. Indeed, Biden has expressed his intentions to enhance international cooperation, strengthen relations with allies, and build new networks. In July 2019, during a speech at City University of New York, Biden affirmed that “American security and prosperity require the strongest possible network of partners and alliances working alongside one another”, adding that “Donald Trump’s brand of ‘America first’ has too often led to ‘America alone’”[4]. Biden frequently insisted on the need for new international rules on environment, labor, trade, technology, transparency, in order to pursue democratic interests and values – which he considers to be “America’s interests and values”.[5]

If, on the one hand, there is no shortage of discussion of the EU’s commitment to multilateralism, on the other hand, there are many doubts regarding the position of the US under Donald Trump. Multilateralism is at the heart of Europe’s approach to foreign policy, and it is much needed to the EU, which relies on multilateral organizations to manage threats to its security and prosperity. With Donald Trump, the old convergence with Europe on multilateralism has fallen down. Trump has often claimed that the world is taking advantage of the United States, and has rejected the idea of working closely together with other States. During his mandate, Trump withdrew from the Paris climate accord, the Iran nuclear deal, and the Trans-Pacific Partnership. His administration has defunded and disengaged from the United Nations, while paralyzing the World Trade Organization, he has disparaged NATO allies and questioned the alliance’s core commitment to mutual self-defense.[6]

Trump’s hostility towards the United Nations has been clear since his 2017 UNGA speech, when he refused to acknowledge any past successes of the body and derided its operations.[7] During the Trump’s Presidency, the US has used its power to limit the efforts of the United Nations, and the Trump administration has used its veto power in the UN Security Council to prevent international operations (i.e. in both 2017 and 2018, the Trump administration blocked French effors to secure greater European support for a regional counter-terrorism force; and in 2017 the US threatened to veto the UN Interim Force in Lebanon, which contains a considerable European componenet, over the peacekeepers’s approach to Hezbollah)[8].

In May 2020, Trump accused the World Health Organization of being under China’s control[9] and, despite calls from the European Union, he said he would have left the UN agency and redirected funds elsewhere. In July 2020, the Trump administration notified the Congress and the UN that the US was formally withdrawing from the WTO. The withdrawal has drawn criticism by Joe Biden, who stated “on my first day as President, I will rejoin the WHO and restore our leadership on the world stage”.[10]

Trump has often argued that the World Trade Organization is “too soft on China”. In retaliation, the US undermined the organization’s highest dispute-resolution body, the Appellate Body, by blocking the nomination of new judges. The Trump administration’s attack on the World Trade Organization has impelled the EU to table reform proposals for the body. Nevertheless, Trump’s disinterest in global trade rules raised questions on whether the EU was actually able to find effective alternative mechanisms to protect the WTO or to construct an efficient parallel trade architecture. Biden’s victory has been welcomed by former WTO chief Pascal Lamy, which foresees a good outcome for world trade. Lamy affirms that “not that Biden has a magic wand” to solve trade issues, but “the vision [Biden] has that the international system is more about cooperation than division, that is more about negotiation than fighting, will make a difference”.[11] Indeed, Biden has shown an openness to dialogue, by affirming he wants to push current trade regimes forward and set new terms for future trade.

Trump defined NATO as an “obsolete alliance” and has prioritized bilateral relations with European countries. He has, more than once, threatened to reduce US commitment to NATO, unless allies pay up more for military defense. On this point, Biden would seem to mark a return to American commitment to the alliance, as he referred to NATO as “an alliance of values”. The Biden’s administration may invest more money into the organization, in order to combat what he sees as the West’s greatest threat: Russia.[12]

The EU is at the forefront of climate change reduction efforts. Europe is fighting climate change through ambitious domestic policies and close cooperation with international partners.[13] While the 2015 Paris Agreement was a major victory for EU diplomacy, Trump’s withdrawal constitutes an obstacle to reach the EU’s target to stop global warming. The move to end US participation, initiated in November 2019, fulfilled Trump’s campaign promise to withdraw from the pact even as US greenhouse gas emissions were rising, reversing years of decline. Reentering the agreement would be a significant development. In this regard, Biden affirmed he wants to return to treaties like the Paris Climate Agreement, stating that climate change cannot be resolved by the US alone.[14]

An important theme for Europeans is the promotion of human rights and international law. During his mandate, Trump worked with dictators around the world, while Biden promised to offer US support only to those countries who make commitments to democracy and human rights. Biden has already taken the distance from allies like Turkey, the Philippines, and Poland- what he says are moving towards authoritarianism.

The United States used to be the major champion of multilateral rules. This attitude has drastically been changed with the arrival of Donald Trump to Washington. Biden’s victory augures a return to stronger multilateralism, with the reversal of the decision to withdraw from several international organizations and international agreements, and with the hope for a renewed transatlantic relationship. As Biden wrote in a ‘Foreign Affairs’ article, “working cooperatively with other nations makes us more secure and more successful. We amplify our own strength, extend our presence around the globe, and magnify our impact while sharing global responsibilities with willing partners.”[15]

[9] “China has total control over the World Health Organization” – the president said. Video is available at: https://www.bbc.com/news/world-us-canada-53327906