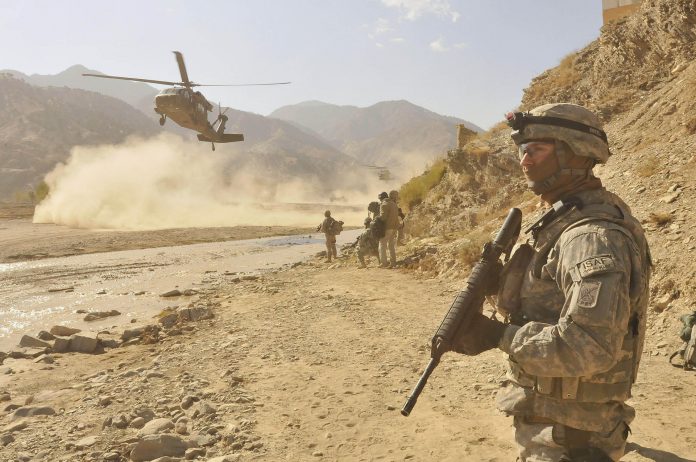 Harmful pollutants, chemical leakages and damaging weapons inevitably constitute long-term harmful environmental side-effects of international armed conflicts. The current framework of international law provides for both treaty and customary law provisions for the protection of the environment in times of war – either directly or indirectly. Nonetheless, questions concerning enforcement and implementation arise, as well as multilateral environmental agreements application during armed conflicts.

International armed conflicts and the environment

In present times, albeit a great number of international legal provisions either directly or indirectly provide for the protection of the environment and regulate the use of natural resources in the context of armed conflicts, both the environment and the communities that rely on it still appear to be the silent victims of wartime damage and destruction.[1] At the same time, a prolonged exploitation of natural endowments is widely considered to rank among the main reasons leading to armed confrontation, poverty and ultimately migration, especially in those countries where institutions are weak or have collapsed.[2]

The potential environmental impacts of armed conflicts had already been recognised in the 17th century, when in “De iure belli ac pacis” the dutch human-jurist Hugo Grotius showed great concern for water poisoning and land devastation in times of war.[3] Nonetheless, it was just from 1945 that the protection of the environment in armed conflicts gained momentum as a consequence of the lasting harmful environmental effects of nuclear weapons testing.[4] In particular, public attention on warfare environmental implications peaked as a result of forest destruction and napalm utilisation on mangroves on the part of the US Army during the 1955- 1975 Vietnam War. Hence, international outcry culminated in the enactment of two international legal instruments, namely the 1976 Environmental Modification Convention (ENMOD) on the prohibition of the use of environmental modification techniques as means of warfare[5] and the 1977 Additional Protocol I to the Geneva Conventions.[6] Similarly, oil spills, marine ecosystem damages and extensive environmental harm resulted from the 1980-1988 Iran-Iraq conflict, which led the Security Council to denounce violations of international humanitarian law on the part of the belligerents in Resolution 540 (31 October 1983).[7] Environmental damages in more recent conflicts in former Yugoslavia, Kosovo and East Timor contributed to the re-opening of the legal debate on the effective international legal provisions implementation; however, a true watershed in the attempt to hold States and individuals responsible for environmental harm provoked during armed conflicts was marked by the 1990-1991 Gulf War. Specifically, the intentional destruction by the retreating Iraqi army of over 600 oil wells in Kuwait culminated in Iraq’s accountability for damages to the environment and a subsequent compensation of up to $85 billion.[8]

Within the law of war, the issue of environmental protection during armed conflicts is addressed by a number of treaty provisions. In particular, art. 23(g) of the 1907 Hague Regulations Respecting the Laws and Customs of War on Land[9] prohibits acts that “destroy or seize the enemy’s property, unless such destruction or seizure be imperatively demanded by the necessities of war”.[10] Despite having been drafted without specific consideration of the environment, art. 23(g) reference to human property potentially protects natural resources pertaining to the State, as in the case of oil facilities and refineries which may become military targets of a war.[11] The 1925 Geneva Protocol for the Prohibition of the Use in War of Asphyxiating, Poisonous or other Gases, and of Bacteriological Methods of Warfare further provides a precious framework for environmental protection during armed conflicts. As a matter of fact, in the wake of the devastating implications of poisonous gases employed during the First World War, the Protocol recognised the hazardous consequences of chemical weapons also on natural ecosystems. More recently, few years after the end of the Second World War, States codified the rules and customs of warfare into four conventions, and specifically tackled the issue of wartime environmental protection in art. 53 and 147 of the 1949 Geneva IV Convention relative to the Protection of Civilian Persons in Time of War. Notably, the abovementioned articles envisage the unlawful and wanton destruction and appropriation of property in the absence of military necessity as a breach of the Convention.

Along these lines, further protection is provided by art. 35(3) and art. 55 of the subsequent 1977 Protocol Additional to the Geneva Conventions of 12 August 1949, which for the first time expressly prohibited the environment from being a specific military target while conceiving it as being inherently valuable beyond the mere provision of benefits for human beings.[12] Specifically, art. 55 imposes due diligence obligations on State parties, which are required to undertake an environmental impact assessment prior to the launch of military operations on an ongoing basis and both in offensive and defensive operations.[13]

Finally, a step forward in the criminalisation of harmful environmental conducts at international level is provided by the 1998 Statue of the International Criminal Court, whose art. 8(2)(b)(iv) counts crimes against the environment as war crimes by prosecuting the conduct of “intentionally launching an attack in the knowledge that such attack will cause […] widespread, long-term and severe damage to the natural environment which would be clearly excessive in relation to the concrete and direct overall military advantage anticipated.[14]

In addition to treaty provisions, the environment is further protected in times of war by a number of customary rules of international law. First, according to the principle of necessity, to be lawful, weapons and tactics involving the use of force must be reasonably necessary to the attainment of their military objective.[15] As a result, actions intended at destroying or seizing the enemy’s property which are not imperatively demanded by the necessities of war appear to be outlawed. Despite not being directly mentioned, the environment seems to be included in the abovementioned concept of “property”, thereby being protected only in an indirect way. This is confirmed by the jurisprudence of the Nuremberg Tribunals, in which judges employed the principle of necessity in order to charge former Nazi Officials with destruction of enemy property.[16] Second, under the principle of discrimination, environmental protection in armed conflict can ensue from the distinction between military and civilian objects. In light of this, attacks targeting environmentally meaningful areas as national parks and forests would be contrary to this principle.[17] What is more, weapons or tactics causing unnecessary suffering to victims, either by prolonged or painful death or by causing severe fright or terror, are considered inherently wrongful under the principle of humanity.
Accordingly, all forms of deliberate ecological damage as the poisoning of water supplies or the destruction of agricultural land would appear to fall within the scope of application of the present prohibition.[18] Eventually, the principle of proportionality requires incidental damage affecting the environment not to be excessive in relation to the military advantage anticipated from an attack on a military objective.[19] Such principle appears to be widely recognised both by States and international courts, as well as by the North Atlantic Treaty Organisation (NATO), which during its bombing campaign in Yugoslavia in 1999 considered the possible and collateral damage to humans, civilian infrastructure and the environment in the determination of its military targets.[20]

The question on whether a continuity of peacetime obligations during armed conflicts is possible has been widely debated among scholars. Nonetheless, general consensus on the fact that the outbreak of war does not automatically translate into termination of peacetime treaties arose.[21] As far as the protection of the environment is concerned, the international community placed pressure for the application of peacetime international environmental law obligations also in the context of war as a result of the dire consequences on ecosystems powered by 1991 Gulf War operations.[22] With regard to environmental treaties’ applicability in case of armed conflicts, these mainly remain silent on the issue.[23] Nonetheless, a great majority of legal scholars argue in favour of their validity on grounds of the latter addressing the protection of areas beyond national jurisdiction and common goods to the benefit of the international community as a whole, rather than of any specific State.[24] Accordingly, in spite of an enduring armed conflict, international cooperation to attain the common goal of environmental protection remains the primary objective of State parties, thereby configuring the extension of multilateral environmental agreements’ applicability during military hostilities as well.[25]