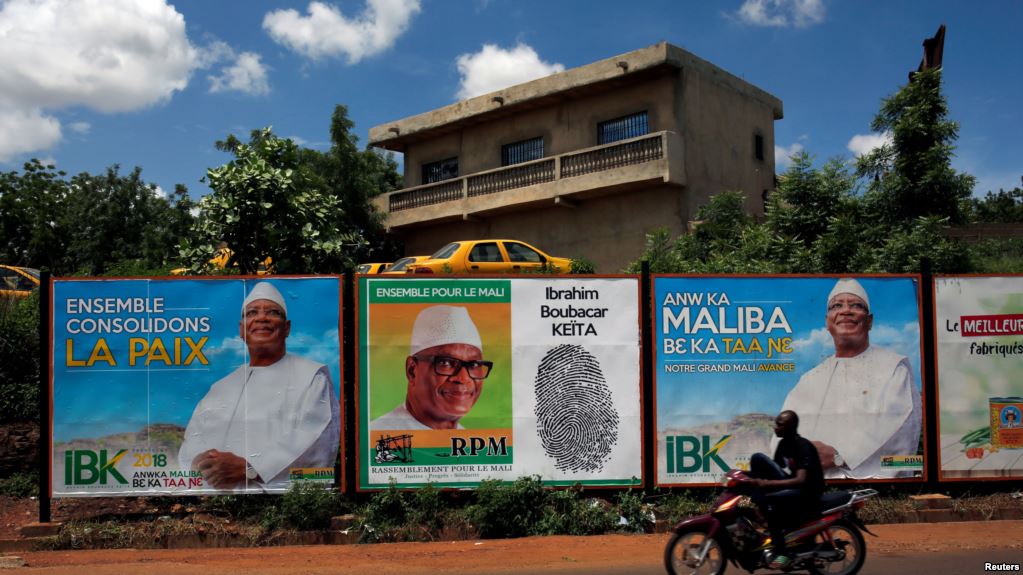 Has the wind of democracy stopped blowing in Mali?

Despite the suspicious of vote fraud and the following bitter protests, Mali has the same President. Ibrahim Boubacar Keïta of the Rally for Mali who has been President of Mali since 2013 won the run-off election on the 12th August 2018 against contender Soumaïla Cissé of the Union for the Republic and Democracy.

A run-off took place because in the first round held on the 29th July 2018 no candidate received more than 50% of the vote. Indeed, Keïta won 41,4% of vote whilst Cissé garnered 17,8%. IBK – as Keïta is called in Mali – was subsequently re-elected with 67% of the vote, according to the article 30 of the 1992 Constitution which restricts presidential term in office to two five-year terms1.

The election results were complained from the opposition candidate, Cissé, who accused Keïta of stuffing ballot boxes. He filed a petition to the Constitutional Court claiming that some results were rigged. From his point of view, the 3% of the electorate did not vote in the north and centre of the country due to the problem of the insecurity, a persisting issue despite the 2015 peace agreement between Tuaregs and prior government2.

The Constitutional Court rejected the fraud claim because was unsupported by evidence, although a large portion of the population protested vehemently against its decision and the election results3. They criticised Keïta’s first term government as his political decisions did not reduce the corruption and the insecurity in the northern and central regions of Mali. In other words, Malians were frustrated about the jihadiste violence, the continuing ethnic tensions and the impoverishment of Sahel state.

Public unrest has supported a necessary political change in the institutions, however all their efforts have been wasted and the re-elected President began his second term on the 4th September of 2018, in according with the Supreme Court decision.

In order to understand the reasons of the general people’s discontent with their current President, it is necessary to look back at the political and legal framework in Mali.

Mali is considered the country with the greatest democratic progress in West Africa in the nineties. After Amadou Toumani Touré – called “soldier of democracy” – deposed the regime of General Moussa Traoré on the 26th March of 1991, the National Conference – composed of lawyers, politicians, labour unions, teachers, and farmers – deliberated the constitution which successfully passed by referendum on the 12th January the 1992 and negotiated the establishment of democratic institutions.

The 1992 Constitution marked the beginning of a new epoch as it built a new legal system based on democratic elections showing a breakdown from the dictatorial regime of Traoré.

Adopting the semi-presidential model as political system, the Constitution combined “three elements: the President of Republic is elected by universal suffrage; he possesses quite considerable powers; he has opposite him, a prime minister and ministers who possess executive and governmental powers and can stay in office only if the parliament does not show its opposition to them”4. The present Malian system is a sub-type of semi-presidential model including the highest level of presidential powers5 without problems of cohabitation due to a majoritarian electoral system, however it suffers «a fair amount of political conflict due to an opposition that felt excluded from power»6.

When Touré appointed Diaba Diawara as the leader of the Constitutional Commission to reform the 1992 Constitution and announced that a constitutional referendum would be coupled in April of 2012 elections, a strong popular attachment appeared to the document, which symbolised a meaningful historic democratic transition in Mali.

A large part of the population including the political class challenged this decision organising the mobilisation “Touche pas à ma constitution”, a movement created across West Africa in response to constitutional changes. They argued that poverty, insecurity, health care, and education should have been the most important issues to focus on. «In addition, Touche pas à ma constitution stated: the proposed changes to the constitution create inequalities among citizens (…), they reinforce the power of the Presidency creating a dangerous disequilibrium (…). The power of the Presidency is reinforced by his ability to name and remove the Prime Minister without reference to make-up of the National Assembly»7.

The proposed reforms were unsuccessful and the referendum had never been published at the end. Nonetheless, the country faced a new challenge: the March 2012 coup d’état with the overthrow of the President Touré. Although the military coup was unconstitutional, due to the increasing of the corruption of the political class, it was crucial to re-establish democracy and constitutionalism. As mentioned above, since 1993, Mali played the main role for other African countries regarding the process of democratization.

The coup d’état has its origins in the ancient ethnic conflict in the north of the country. It is argued that the reasons of the war – known as the silent war – are mainly two: «the frustration of soldiers caused by the loss of the northern territory and the control of smuggling routes taken over by Tuaregs»8.

To have a better comprehension of it, it is necessary a step back in the history. In 1960, French adjoined Azawad – the portion of the northern Mali in the north of Timbuktu, claimed by Tuaregs – to the country. Tuaregs were nomads with a very strong separatist tradition, indeed they had long claimed their independence and, at the same time, they complained to had been marginalized by the central government as their community was not involved in politics, so they did not participate in elections.

Tuaregs rebellions took place in 1990, in 2006 and again in October 2011 when Ibrahim Ag Bahanga reunited with the Tuaregs, coming from Libya, organised the National Movement for the Liberation of Azawad (MNLA).

While the army forces staged the March 2012 coup because were disappointed with the leadership of President Touré in response to the Tuaregs rebellion, the MNLA took control over half of the country and declared the independence of Azawad from Mali on the 6th April.

Therefore, despite their initial support, the Islamic groups such as Ansar Dine and al-Qaeda challenged this proclamation and started the fight with the Tuaregs in order to introduce Sharia law in Azawad. The MNLA wanted to set down a secular and independent state but the Islamists had completely different aims.

In that moment, the central authorities asked the intervention of the French army which was triumphant. The mission – called “Serval” – helped Mali to regain the biggest cities in the North of the country, to ensure the security and the stability in those regions and to restore the sovereignty. From another point of view, Hollande’s mission promoted French presence in a territory with significant deposits of oil, gas and minerals. Consequently, it guaranteed French economic interests in Mali and in Niger ensuring its energy security9.

After all, in 2013, elections took place and a new President – IBK – started his term. Finally, the wind of democracy started to blow again in Mali … although, not for too long.

1 Article 30 Constitution: «The President of the Republic shall be elected for five years by direct universal suffrage and by an absolute majority of the votes cast. If this is not obtained on the first ballot there shall be a second ballot. He shall be re-eligible only once».