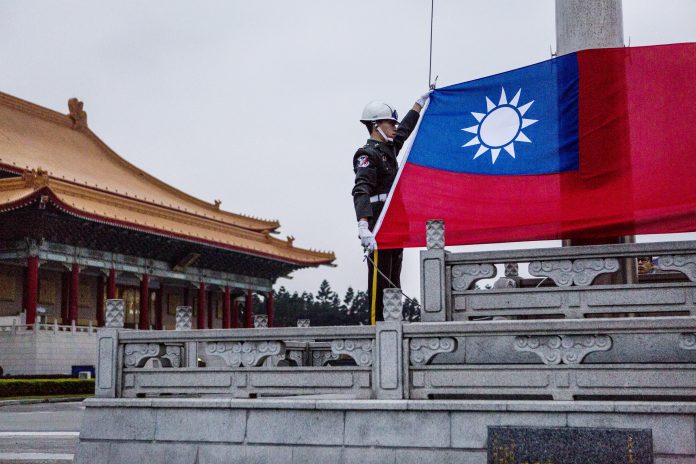 Historical overview and legal perspectives on the Taiwan Question

The Republic of China remained a permanent member of the United Nation Security Council until 1971, when the UN General Assembly passed Resolution 2758, that move the Chinese seat to the People’s Republic of China. A year later, in 1972, the United States’ shift in approach to the Sino-Taiwanese issue reached a climax with the development of the “One China” Policy by Richard Nixon and Henry Kissinger, which essentially recognized that the Chinese on both sides of the Taiwan Strait are part of a single China, which includes Taiwan. From this statement, known as the Shanghai Joint Communiqué, it was evident that Nixon was willing to avoid explicitly hurting Taipei while still acknowledging that China had no two de jure governments.[1]
Because most governments followed the US decision, Taiwan is the most well-known example of an unrecognized state or entity sui generis. The ROC on Taiwan maintained diplomatic relations with only 14 nations worldwide, the majority of which are in Africa and Latin America, and none are large. The lack of recognition, which underpins legal challenges to the Taiwan question, complicates cross-strait relations with the international community even further.[2]
Taipei has always categorically rejected the doctrine “One country, two systems“, opting rather for a system of double representation in international and diplomatic forums: more than “one country, two systems“[3], the interpretation of Taiwan can be summed up in the concept “two countries, and two systems” which, moreover, does nothing but represent the de facto situation of the complex Sino-Taiwanese question, beyond the aspirations of Communist China and even the very ambitions of Taipei to regain its motherland which, in the last thirty years, have in fact been abandoned by the small island democracy where, now, there is a more realistic and pragmatic approach to the issue.

Focus on One China’ policy; interpretations regard to International Law and conventions

As we have seen, the loss of international diplomatic recognition that Taiwan suffered in the aftermath of UN resolution 2758 was not enough to resolve the issue. Furthermore, the Joint Communique judgments underlined that the People’s Republic of China is now the legal government of China, but they left open the question of whether Taiwan is part of the “China” that the PRC claims to represent. The Taiwan issue is, in fact, and legally, inextricably linked to the One China policy. There are three basic hypotheses regarding how to understand such a contentious policy that are worth considering. Th From Beijing’s point of view, the People’s Republic of China succeeded the ROC as China’s sole government, degrading Taiwan to the status of a rebel province occupied by forces which, as defeated in the civil war, are illegal. In any case, it is easy to see how this interpretation is strongly partial and does not correspond to the data of International Law. The Republic of China was founded in 1912 and, since that time, it has in fact never ceased to exist as a state, neither after the Japanese occupation nor after Mao’s victory in the civil war. In fact, the ROC responds in all respects to the criteria established by the Montevideo Convention on Rights and Duties of States regarding the effective capacity of the government to hold sovereignty over a defined population and territory, with its own administrative structures and with its own capacity to enter international relations as a subject of International Law, and this even after the lack of recognition of other international actors. The same policy of the “One China” constitutes in fact a blackmail by Beijing towards any country wishing to undertake formal relations with the People’s Republic of China, thus representing a deterrent against the recognition of Taiwan, but which certainly does not imply, in fact , the disappearance of the international subjectivity of the Republic of China. Furthermore, although the states that make up the international community have accepted the principle of “One China“, they are almost unanimous in opposing Beijing’s territorial ambitions on Taiwan. This is why, for example, in joint communiques releases, the US, UK, Japan and Canada limit themselves to “acknowledging”, “taking note of”, “understanding and respecting” the Chinese position on Taiwan, without actually explicitly supporting it.[4]
A second theory states that Taiwan’s legal status has yet to be determined. In fact, on the occasion of the San Francisco Treaty (1951) and the following Treaty of Taipei (1952)[5], Japan limited itself to disavowing its sovereignty over Taiwan, without explicitly establishing to which state entity this would be transferred. Moreover, Furthermore, because the ROC never obtained title to Taiwan as a result of these treaties, the PRC could not get title from the ROC. While this theory is plausible, it contains more than one logical gap. First of all, the meaning of the treaties can be determined by the major point of reference in the field which is the Vienna Convention on the Law of Treaties, according to which when the terms of the treaties are vague, the interpretation of these can be done by resorting to help. of additional means such as “preparatory work” and “circumstances of their conclusion”. When Japan signed the two treaties, the ROC government had exercised effective jurisdiction on Taiwan. It cannot therefore be ignored that Japan and the ROC signed the treaty with the intention of putting an end to the differences between the two nations that arose before and during the Second World War, thus assuming as obvious, in the circumstances of the treaty, the formal recognition of the ROC.[6]
The divided state theory is the third and most sensible hypothesis for categorizing Taiwan’s status and cross-strait ties. China is currently divided into two parts: the PRC and the ROC. Since 1949, the People’s Republic of China (PRC) on the Mainland and the Republic of China (ROC) on Taiwan have coexisted under the “de jure roof of China.” Both governments shared sovereignty over “ancient China,” but neither had jurisdiction over the other. Both sides have operated as autonomous states with unique international legal personalities for the past 60 years. The statutes of the Republic of China and the Popular Chinese Republic eventually overcame legal obstacles to the One-China principle by achieving a split state consensus, which was also supported by foreign state judicial practice.[7]

The question of reunification will not be settled in the near future. As Taiwanese demand the status quo despite having long abandoned any claim to the mainland, an increasingly nationalistic China insists on a schedule for reunification. Is war unavoidable? Will the United States act as a peacemaker or become embroiled in a violent conflict?[8] It is fair to question the role of the United States: despite the development of the “One China” policy, practically all the presidential administrations that have succeeded Nixon have maintained an approach based on the lines of ambiguity. The People’s Republic of China is a reality, both from an economic and a geopolitical point of view, too big to be faced with open conflict. Despite this, it is clear that it is in the interest of the United States and the West to preserve the de facto independence of the small island democracy of Taiwan, which enjoys immense strategic importance: to give an example, Taipei is the headquarters of TMSC, the world’s largest semiconductor company that, alone, meets most of the world’s needs for these goods.
If economy is the key to global politics, then despite political upheavals, the future of China-Taiwan relations remains bright. Since the establishment of trade links between the two countries in 1979, indirect trade over the Taiwan Strait has grown to account for a sizable share of total trade for both China and Taiwani; n 1997, indirect trade through Hong Kong increased from $1.5 billion in 1987 to more than $11 billion. Taiwan’s fourth-largest trading partner is currently the Chinese mainland. Taiwan’s investment on the mainland exceeded $11 billion between 1979 and 1995, making Taiwan the mainland’s second-largest investor after Hong Kong. Taiwan has also enjoyed a sizable trade surplus every year since 1980.[9]
The situation, therefore, still seems far from being able to be determined with certainty; the apparent precarious balance, in fact, constitutes a guarantee of independence for a state like Taiwan which, alone, could not compete militarily with the power of Communist China. On the other hand, the People’s Republic of China, at least until the end of Hu Jintao’s presidency, maintained a fairly pragmatic approach, being aware that any forceful action on Taiwan would officially make it an active threat in the eyes of the Western bloc. One cannot help but observe, however, how with the presidency of Xi Jinping there is a renewed Chinese aggression towards Taiwan, at least in the proclamations and rhetoric. The Sino-Taiwanese question continues to constitute one of the most important focal points, if not the most important, in maintaining international balances. We contemporaries will, therefore, have the opportunity to observe and, consequentially, the duty to tell and report the eventual developments of one of the most lasting civil conflicts ever.

Foto copertina: TAIPEI, TAIWAN – JANUARY 14: Honor guards prepare to raise the Taiwan flag in the Chiang Kai-shek Memorial Hall square ahead of the Taiwanese presidential election on January 14, 2016 in Taipei, Taiwan. Voters in Taiwan are set to elect Tsai Ing-wen, the chairwoman of the opposition Democratic Progressive Party, to become the island’s first female leader. (Photo by Ulet Ifansasti/Getty Images)