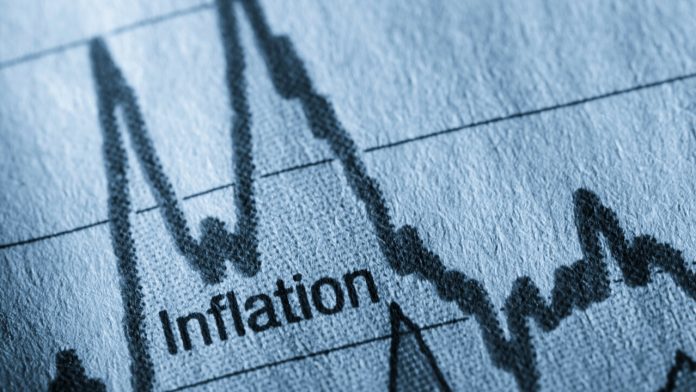 Is there an actual risk of high inflation in Europe? And should the European Central Bank raise interest rates and scale back on quantitative easing programmes? So far, according to most economists, the phenomenon seems to be temporary and tightening the current expansionary monetary policy would be counterproductive.

It is no coincidence that the ECB’s member of the executive board Isabel Schnabel has been published an “opinion article” in the Frankfurter Allgemeine Zeitung[1] mid-September reassuring that it is not reasonable so far to expect a risk of hyper-inflation. Germany is the European country most affected by the recent increases in consumer prices and probably the most sensitive to the risks of hyper-inflation, a dramatic preamble in the Weimar Republic to the rise of Nazism. The whole Eurozone is however affected by the phenomenon, with an inflation rate of 3% in August[2] (2.1% in Italy) compared to 2.2% in July. Quite a relevant increase, driven above all by the high prices of raw materials that are rising all around the world since last spring (just to mention oil, aluminium, wheat and coffee, all of them recorded two-digit increases[3] compared to last year).

Facing these data, some “hawks” of economic orthodoxy, critics against the aid of the European Central Bank to the indebted states of the South, started to push for tightening the monetary policy. Since months already German eminent CDU and SPD politicians have started to demand[4] for a review of the ECB’s policies.

So, the question is: are corrective actions by the European Central Bank actually needed? This would mean an increase in interest rates and/or a cut off in the expansionary monetary policy, in order to make access to credit more onerous and therefore to limit the inflationary rise driven by the “easy” availability of money. Similar questions are arising in the United States, where moreover the inflationary boost seems to be greater than in Europe, but in any case the Federal Reserve is willing, at least for the moment, to leave interest rates unchanged and to continue her assets purchasing policy, in line with the new “average inflation targeting” strategy which accepts inflation rates over 2% in the short term.

The debate is not only economic, but political, as a possible tightening in monetary policy would have great consequences on the cost of public debt in many European countries, Italy above all, especially now that the recovery instruments (Next Generation EU, first of all) created to support the economy hit by Coronavirus are pushing up the debt of some states to historic peaks.

As we know, the mandate for ECB is to maintain price stability (avoiding both high inflation and deflation, with the aim to have inflation levels close to 2%): if inflation was to stabilize above 2%, Frankfurt would probably be forced to intervene by raising interest rates and therefore making the repayment of public debt by the most indebted European countries more onerous.

To speculate what might be the right direction to take by the monetary authorities, we ought to: ​​A) contextualise the data in the right time frame, B) understand the real dynamics underlying the increase in prices, C) take also into account the psychological dynamic.

As much accurate as it could be, economics forecast is not science. Nevertheless, the summer data (with specific reference to Italy)[8] seem to suggest that as a general tendency the inflationary run will slow down in the coming months, for the good reason that it is in some way contingent, as explained above. Although within the euro zone there can be differences in trend, with Germany where indeed the propension to rise seems stronger and more persistent than elsewhere. It remains that it is too early to be sure of any inflationary “stability”, which could only be declared as such in the medium/long term.

Most economists believe so far that the prices run is temporary and would be a too early warning now to preconise high risk of extreme inflation. On the contrary, the post-pandemic recovery of the entire European economy, with GDP growing everywhere, could be seriously compromised by reckless monetary tightening.

Political sensitiveness has also significantly changed compared to pre-Covid times and in this moment the European Central Bank (as also the Federal Reserve) is clearly more concerned by the fear to tighten her monetary policy too fast, than the other way around. Nobody wants to repeat the mistakes made after the 2007/2008 crisis, when the premature end of quantitative easing operations led to a heavy and long recession.