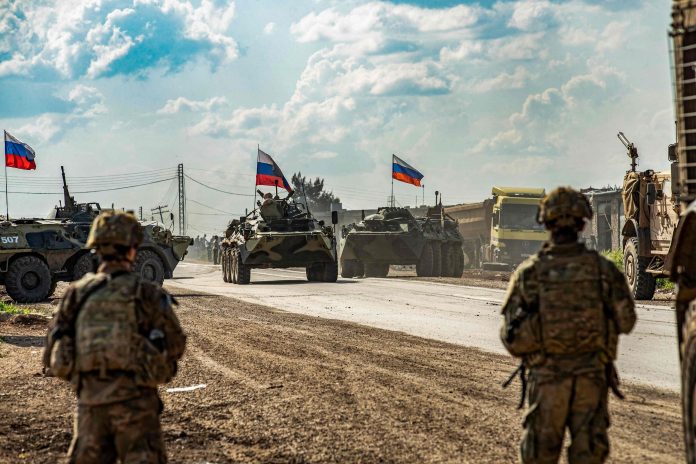 The Ukraine war is the result of a combination of factors and reasons, notably Russia’s willingness to rewrite the West’s security architecture and to return to a Yalta-like era based on redlines and spheres of influence. But there is something more. This war broke out because Russia gained a strong sense of self-confidence in the recent years, in particular in Syria.

Russia’s decision to intervene militarily in Syria in September 2015, played a crucial role in the ongoing war in Ukraine. Without the military operations conducted in Syria, Moscow would never have been able to intervene in Ukraine. The Russian operation in Syria has become the main reference for understanding the changing character of war, and one of the main drivers transforming Russian military theory, concepts of operations, organizational structures, and force build-up. [1] The Syria intervention served to Moscow as a guide for the definition of defese decision-making.
Besides the known geopolitical and economic reasons that have pushed Moscow to intervene in Syria, there was another key element that convinced Moscow to undertake this operation. Moscow has seen in its military support of Assad’s regime the opportunity to improve its military capabilities. After the interventions in Georgia in 2008 and Crimea in 2014, Syria provided a third live military training opportunity to test out, improve, illustrate the strength of the Russian military after a series of recent military reforms.  [2]
Syria provided Russia with a theatre for operations and weapons testing, in addition to serving as a military base for both their airpower and navy in a strategic location on the Mediterranean and in the Middle East. The Russian military intervention, as expected, brought about a clear change in the balance of power in the military sphere in Syria. The Russian military, especially its air force, considerably tipped the scales in the conflict, and this also represented a great opportunity for testing military technologies. According to official Russian statements[3], more than 200 types of weapons have been tested on the battlefield.  Valery Gerasimov, chief of staff of the Russian armed forces, said in early 2019 that lessons from Syria will serve to defend and promote Russia’s “national interest” outside Russia’s borders.[4] The Syria intervention, according to Gerasimov, demonstrated the utility of self-sufficient and highly mobile military formations (groupings) that will likely be important to future missions. [5]
During the military engagement in Syria, tens of thousands of Russian military personnel have rotated in the battlefield over the years and received valuable training and experience, which will bolster the Russian military’s performance globally.[6]  The success of this military intervention in terms of the effectiveness of Russian weaponry reflects the increase in the arms trade between Russia and the rest of the world. The two conflicts in Ukraine and in Syria are inter-linked. Syria has become a constant reference point for the analysis of Russia’s attack on Ukraine. The Syrian conflict has provided a perverse training ground for the Russians to experiment with different types of warfare against a civilian population with minimal consequences of any kind from the international community.[7] Moscow learned from Syria to use political and military power to subdue and co-opt local civilian populations and state-controlled apparatuses.
The Russian army turned its Syria operation into an incubator of learning, training, and innovation. Moscow gained from the Syrian conflict several lessons in combined arms warfare, interservice cooperation, and complex employment of intelligence with the maximum number of commanders form all armed services rotating in three  months deployments. [8]
In order to understand how Russia is able to achieving its military objectives in Ukraine, it’s important to re-analyse its military engagement in Syria and to look at the lessons that Moscow learned from this conflict.

Photo: U.S. soldiers stand along a road across from Russian military armored personnel carriers (APCs), near the village of Tannuriyah in the countryside east of Qamishli in Syria’s northeastern Hasakah province, May 2, 2020. (AFP Photo)