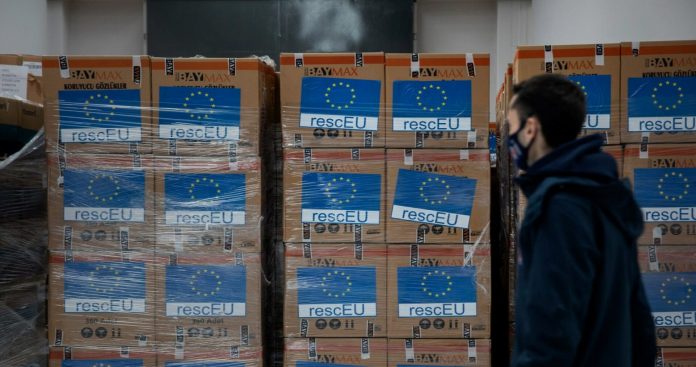 There are certain critical aspects that characterise European economic governance, including the democratic deficit and the neoliberal austerity paradigm.

The European sovereign debt crisis and the Covid-19 crisis can be defined as critical junctures in the history of the European integration process[1]. Both came after events of transnational dimensions, which could not be dealt with instruments available to individual member states. These occurrences were followed by a series of actions taken by different actors, who can be blamed for the shortcomings and mistakes made. Moreover, both crises had an impact in terms of the democratic legitimacy of the decisions taken, concerning the process by which these choices were taken, the effectiveness of these policies and the involvement and satisfaction of citizens. However, a question posed by many scholars concerns the adequacy of the instruments used to deal with the sovereign debt crisis to also address the Covid-19 crisis.

There are several explanations for the origins of the Eurozone crisis. For most American scholars, the sovereign debt crisis was a crisis of institutional design because the EU does not fulfil most of the conditions that would qualify it to be an optimum currency area. No monetary union would ever have survived without a serious transfer of competence in fiscal matters. The incompleteness of the EMU has deprived the Eurozone countries of an important tool for dealing with shocks and crises, namely the monetary policy. Particularly in Northern Europe, this was described as a crisis of excessive public spending and budget deficits[2]. The excessive deficit procedure under the Stability and Growth Pact (SGP) was not previously activated for Germany and France, resulting in a vicious circle whereby other states also thought that their fiscal profligacy would not be punished in the future. Other theories, conversely, count large macroeconomic imbalances between the different regions of the Eurozone and diversity in competitiveness among the causes of the crisis.

The Eurozone States established the European Financial Stabilisation Mechanism and the European Financial Stability Facility to provide financial assistance via bonds and other debt instruments on the capital market. Then, in 2012, the European Stability Mechanism (ESM) was approved: a permanent instrument for the financial stability of the Eurozone as a whole, replacing the previous EFSM and EFSF. In the same year, ECB President Draghi declared the ECB’s commitment to do whatever was necessary to preserve the euro, subsequently advancing various policies to purchase sovereign bonds on secondary markets and other unconventional monetary policies such as the Quantitative Easing.

In those same years, several legislative measures were adopted, such as the Two-Pack and the-Six Pack, the introduction of the European Semester, and later the conclusion of the Fiscal Compact. These measures reaffirmed that the European response to the crisis and the new institutional architecture revolve around the problematic relationship between fiscal discipline and economic growth. Indeed, the economic downturn increased inequalities within societies, unemployment, and poverty. For these reasons, the economic crisis turned into a crisis of legitimacy[3]: the most important decisions were taken away from the European citizens, and governments did not take responsibility for these choices, blaming Europe for spending review processes. We can observe phenomena such as the growth of nationalist and Eurosceptic parties and feelings of mistrust and discontent with the Union. At the national level, this translates into strong political volatility, with several changes of government and the rise of populist and extremist movements, whether right-wing or left-wing. The austerity and structural reform policies supported to tackle the Eurozone crisis have been described by many scholars as lacking democratic legitimacy. There has been an absence of political involvement of citizens; decision-making processes dominated by intergovernmental rule have been preferred to the detriment of meaningful involvement of the European and national Parliaments.

In and after Covid-19

The Covid-19 pandemic crisis is characterised by a situation of profound uncertainty as to when and how it will be resolved, which led to a general increase in unemployment across Europe and put pressure on public finances.
Starting with monetary policy, the ECB led by Christine Lagarde, after initial hesitation[4], intervened through a massive programme to purchase public debt bonds – partly as had already happened with the ECB under Mario Draghi during the sovereign debt crisis. More specifically, through the Pandemic Emergency Purchase Programme (PEPP), initiated in March 2020 and extended until the end of 2021, the ECB purchased public and private debt bonds to the amount of EUR 750 billion, with a view to reassuring markets and mitigating the growth of debt due to rising spreads and interest rates. The ECB acted as a ‘lender of last resort’ through, in effect, monetisation of debt. Nonetheless, at least for now, this does not imply the permanent establishment of the project of Eurobonds or, as has been suggested, of Coronabonds – i.e. bonds issued at the European level and not by individual Member States. Regarding fiscal policy, on the proposal of the European Council, the SGP  was suspended to allow the various countries to implement expansive public finance manoeuvres to support families and businesses. In addition to the role of individual Member States, the European institutions have taken autonomous initiatives to deal with crises. Among these, it is worth mentioning the temporary programme SURE (Support to Mitigate Unemployment Risks in an Emergency), instituted in April 2020 and based on loans (at extremely low and even negative interest rates) up to a total of 100 billion euro, set up through the issue of special social bonds, to be distributed to the Member States to preserve employment and falling incomes. More ambitious and important is the programme called NextGenerationEU, whose medium- and long-term objective is “to repair the economic and social damage caused by the pandemic, and make Europe greener, more digital, more resilient and better adapted to current and future challenges”. The programme, whose epicentre is the Recovery and Resilience Facility, envisages an investment of €800 billion, about 5% of the Union’s GDP, and will be made available under the 2021-2026 budget[5].

The funds are composed of loans (EUR 386 billion) and the Union’s expenditure (EUR 407 billion, plus EUR 12.5 billion allocated through competitive programmes). The Member States are obliged to repay the Union’s financing directly (through loans) or indirectly (through contributions to the common European budget) by 2058. As with the SURE loans, the Union will issue bonds on behalf of the Member States, which it will then remit to them under the same conditions. The operation is linked to the confidence that the Union enjoys in the markets, and therefore the favourable conditions for the sale of the bonds on the financial markets. Finally, it is also important to specify that the expenditure and loan mechanism will be part of a detailed programme of reforms and investments drawn up at the national level. Under the Recovery and Resilience Facility, each Member State undertakes to draft a detailed programme in which it will present to the Commission its plan for reforms and investments for the coming years.

Alongside new instruments, the activation of the financial aid scheme under the ESM was also reproposed. In the specific case of the pandemic, the ESM option was activated – with the usual stringent conditionality and under the control of the European Commission, the IMF, and the ECB – to cover health-related expenditure linked to Covid-19. Nevertheless, it is significant that, to date, no Member State has requested this facility. A state that chooses to create new debt through the ESM (on slightly better terms) could give signals of weakness to international investors for future debt issues. Lastly, with the formulation of more important programmes that invest all Member States and not only those in difficulty, such as SURE and NextGenerationEU, the ESM – and perhaps the European season in which it was born – appears partly outdated[6].

From crisis to crisis, in a context of permanent emergency, several core issues characterising Eurozone economic governance have been highlighted: from the imposition of a single model of economic policy (i.e. neoliberal austerity) to the democratic deficit, a process that has contributed to weakening representative democracy at the national level as well. But also significant are the fracture lines between northern and southern European states, emphasised by the intergovernmental logic that dominates the conduct of European politics. In the Covid-19 crisis, the contrasts between northern and southern countries emerged almost immediately, only to be resolved after difficult negotiations. In this sense, it is legitimate to assume that these clashes may return after the pandemic[7].

In the coming years, we will understand whether the Covid-19 crisis, with all its dramatic consequences, was actually an occasion to thoroughly rethink social relations or just another missed opportunity to democratise[8] and rebalance the Old Continent’s integration process.

[1] Ladi, S., and Tsarouhas, D. (2020) EU Economic Governance and Covid-19: Policy Learning and Windows of Opportunity, Journal of European Integration 42: 1041-56.
[2] Matthijs, M. (2014) “The Euro Crisis: Growing Pains or Doomed from the Start?” in Handbook of Global Economic Governance, eds. Manuella Moschella and Catherine Weaver (Abindgon:Routledge).
[3] Schmidt, V. A. (2020) Europe’s Crisis of Legitimacy: Governing by Rules and Ruling by Numbers in the Eurozone, Oxford: Oxford University Press.
[4]In March 2020 Christine Lagarde stated that “we are not here to close spreads” as far as sovereign debt markets are concerned, adding to the feeling of abandonment by EU institutions in Italy and other highly indebted countries in Europe.
[5] Kreilinger, V. (2020) “Tectonic shifts in the EU’s Institutional System,” Working Paper Series SOG-WP 62/2020.
[6] Buti, M. and Papaconstantinou, G. (2021) “The legacy of the pandemic: how Covid-19 is reshaping economic policy in the EU,” CEPR Policy Insights.
[7] Cozzolino, A. (2021) Prima, dentro e dopo il Covid-19: la politica economica dell’Eurozona e i suoi futuri possibili, in FUTURI, 15, June 2021.
[8] It is noteworthy the Commission and European Parliament’s proposal for a Conference on the Future of Europe, a unique opportunity for European citizens to discuss Europe’s challenges and priorities.