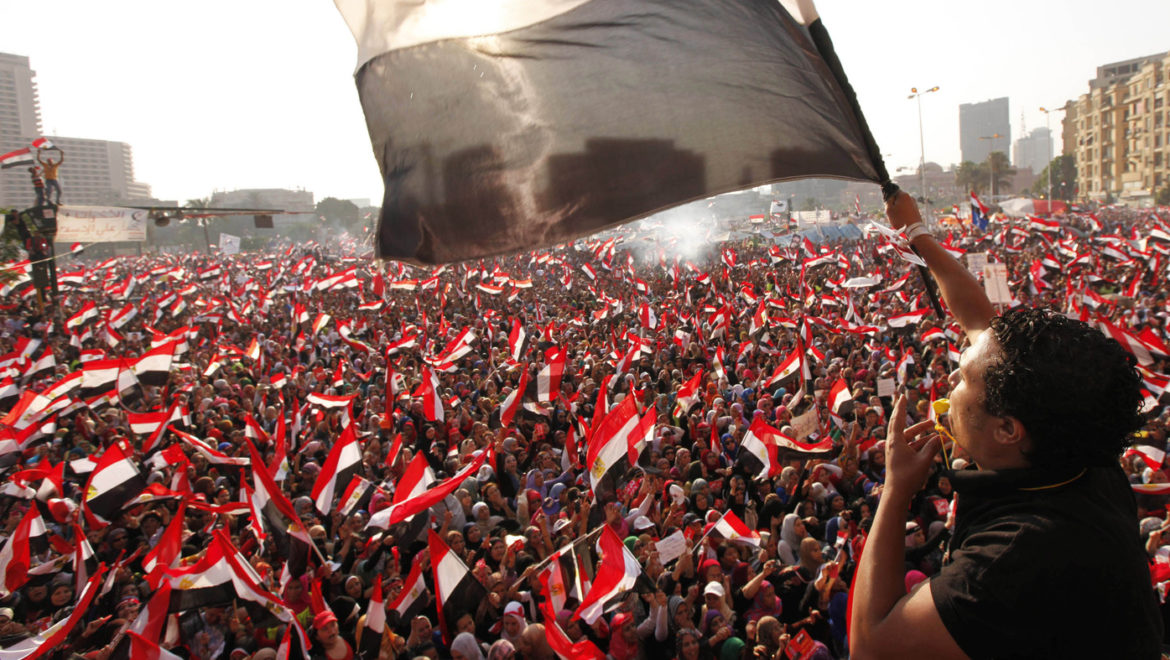 [14] {Pace M., The EU’s interpretation of the ‘Arab Uprisings’: understanding the different visions about democratic change in EU-MENA relations, Journal of Common Market Studies 52, no. 5, 2014, pp. 969–84}

The European Union’s relations with its Mediterranean neighbours of North Africa and Middle East have gone through different phases over the last 25 years, swinging between an impetus of idealism and stages of pragmatic realism.

The European Union’s relations with its Mediterranean neighbours of North Africa and Middle East have gone through different phases over the last 25 years, swinging between an impetus of idealism and stages of pragmatic realism. The end of the Cold War and of a bipolar order marked a shift in International Relations, with a new emphasis posed on multipolar regional schemes. The idea of regional cohesive blocks, united around common historical, geographical and institutional features, gained surprising momentum. The project of the Euro-Mediterranean Partnership launched in 1995, during the “Barcelona process”, has fallen short of its ambitious goals, namely the creation of a Mediterranean multilateral dialogue in three crucial fields – economy, security, culture [1]. It is worth stressing that part of the agenda seemed to be too much wishful thinking for the period, given the difficulties to boost reforms in the short term: for instance, few achievements have been so far completed for the definition of a regional Free Trade Area (EU-MEFTA), which was expected within 2010. The establishment of an area of peace and security met only few hurdles, as all the actors involved in the process agreed on the agenda of Valencia EURO-MED conference of foreign ministers (2002) [2]. The convergence of interests at stake in the security sector paved the way to the success of the meeting, whereas minor consensus has been expressed regarding economic and commercial domain.

All these obstacles resulted in a stalemate in the process of Euro-Mediterranean regionalization at the beginning of the last decade. The impasse encouraged EU institutions to carve out new instruments of partnerships. The European Neighbourhood Policy was conceptualized and launched in 2003 for two main reasons: 1) as an answer to the emerging challenges in the broad Mediterranean; 2) as an integration to the “great enlargement” of 2004, which extended EU membership to 10 new States, mostly in the former Soviet sphere of influence. The core strategy at the core of ENP was threefold, as the Communications of the Commission underlined[3]:

Although the intention to sketch a homogeneous normative framework, the ENP was necessarily implemented with a variable geometry regarding the two macro-geographical areas and the same countries belonging to each of them. This very diversity pursued the EU decision-makers to find a proper balance between declarations of norms and principles, on one hand, and a target-oriented approach more suitable for the single country, on the other[5]. The functional choice to privilege one sector or another depending on the context has sometimes resulted in a certain incoherence with EU core values (promotion of democratic values, respect of rule of law and human rights). The strategy of “positive conditionality” – a swap between financial incentives and gradual convergence with EU acquis communautaire – produced positive outcomes in sharing best practices in the public sector (security, economic, environment), which was extolled as a successful path by the theorists of “European external governance” and of “Europeanization” in the neighbourhood[6]. Nonetheless, the focus on regulatory and bureaucratic convergence was not followed by the EU willingness to break the ties with autocratic regimes still far away from the communitarian democratic standards[7].

As far as the funds are concerned, it should be noticed that the differences between the ENPI and the previous instrument launched in Barcelona 1995 (the MEDA, for the Mediterranean partners) are very modest indeed[8]. Furthermore, 2/3 of the total amount of financial resources was earmarked for the Mediterranean countries, since the demographic clout was more than double than the Eastern partners[9]. The main sector granted with the majority of the funds is still “economic and development” (40% MEDA, 36% ENPI), whereas a slight inferior percentage has been assigned to “infrastructure” (22% MEDA, 20% ENPI) and to “social sectors” such as health and education (around 20% in both programs). In contrast, it is worth highlighting that these expenditures were significantly higher than the money earmarked for good governance and humanitarian issues.

Hence, if we want to read the ENP as part of the wider EU foreign actorness, some consequences might be elicited:

The year 2011 represented a turning point in the Euro-Mediterranean partnership. The launch of the Revised European Neighbourhood Policy[13]embodied the attempt to overcome the distortions of the ENP and to rebalance the relations with the Southern partners in a less asymmetric shape. The fresh new start of ENP has to be linked to two influential dynamics, one endogenous and one exogenous to EU.

The chaotic uprisings blown out in some of the North African countries included in the ENP encouraged the EU to elaborate a counter-strategy undergirded by a twofold necessity: improve the benefits for democratization processes and bolster the security of the external borders – as it was previously stated in the Internal Security Strategy of 2010. After a couple of years, the outcome of the Revisited ENP partially belies the alleged will of EU to reshape the partnership on a more equal basis.

To sum up, the innovative contents of the Revised ENP seem to be full of rhetorical hopes rather than concrete facts. The EU main interests coincide with two main sectors, namely security of borders and regulatory convergence in support of free trade. This aligns with a certain asymmetry in the mutual partnership with the Southern neighbours, at least according to the version of some critical literature. In both the sectors, the chosen policies hide a pro-European side, visible in the selective “smart borders”, set up by the “mobility partnerships”, as well as in the trade agreements undergirded in European standards and best practices. In spite of this gap, it would be unfair to criticize tout court the EU institutions without bearing in mind the positive intentions and the potential advantages expected in the long term for all the partners.

The ambiguity of EU rhetorical principles, however, raises several doubts around its international actorness and justifies the comments of those who take issue with its external governance, too much embedded in security-concerns and commercial interests and less normative-oriented. This longstanding dilemma wouldn’t be an ideological short-circuit, if the EU had chosen a more pragmatic and disenchanted way to act in international affairs. The normative agenda so far expressed has fell short of its goals in front of the necessity to deal with the Mediterranean turmoil. A more correct narrative would instead underline the achievements of the EU as a “civilian power”, interested in externalizing its economic and commercial model and the benefits of the Single Market – the richest free trade area in the world – and then, at a later stage, committed to endorse democratization process in Third Countries. The recent attempts to introduce a “less for less” conditionality might be read as a more effective strategy.

A proper balance between the European normative impetus and the self-centred promotion of economic and commercial interests can be found as well in the undeniable leadership in global environmental governance and in the policies to mitigate climate change. This domain is worthwhile in terms of core norms to be exported. Besides, the success registered in both European internal and external policies is remarkable[21]. The outcomes will prove to useful and effective in the broad Mediterranean and as a tool of enhanced cooperation between the Northern and the Southern shores, with the shared purpose of tackling climate change harshest consequences in the area – droughts, floods, increasing desertification and degradation of the soil.

[14] {Pace M., The EU’s interpretation of the ‘Arab Uprisings’: understanding the different visions about democratic change in EU-MENA relations, Journal of Common Market Studies 52, no. 5, 2014, pp. 969–84} 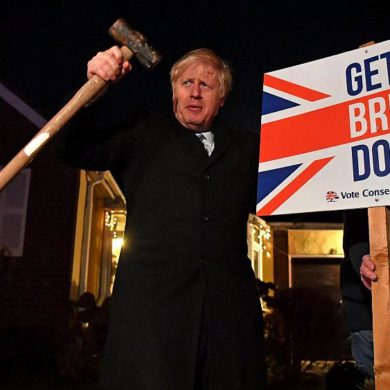 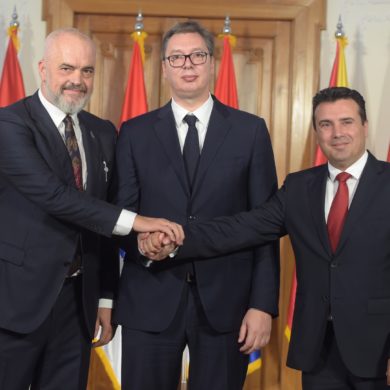 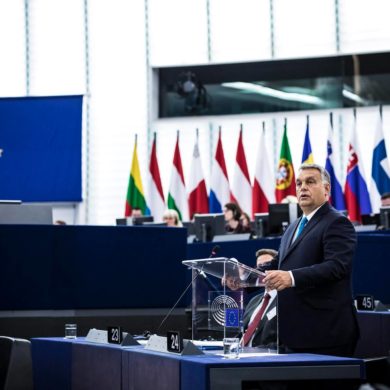