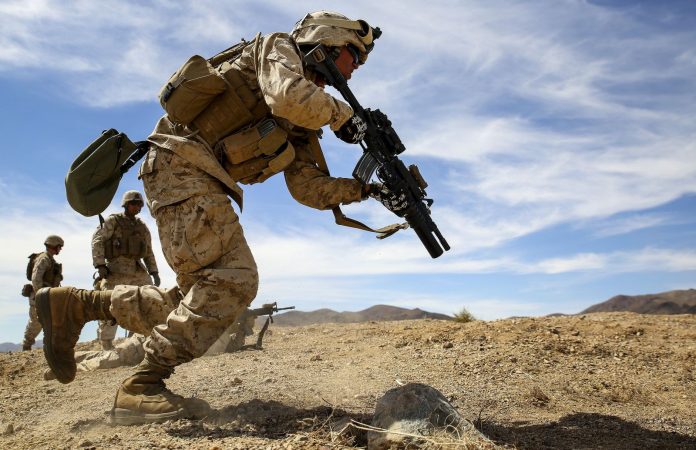 In the wake of a growing awareness of tangible security implications for the Military due to the compounding effects of climate change, the novel United States Army’s Climate Strategy will contribute to make US forces more resilient, sustainable and able to operate in all domains with effective mitigation and adaptation measures, while remaining ahead of adversaries seeking strategic positional advantages in a climate-altered world.

Last February, the US Army released its first climate strategy aimed at preventing damages from global warming and simultaneously increasing military forces’ readiness to respond to – among others – droughts, floods and unpredictable extreme weather events.[1] Spurred by a wider agreement between armed forces and intelligence officials about the security implications of a changing climate in terms of competition over natural resources, conflicts and human displacement,[2] the strategy marks a fundamental change of paradigm with respect to former President Donald Trump’s orientation, who repeatedly questioned the existence of a human-related warming climate and persistently ignored intelligence agencies’ reports on security risks brought about by climate change.[3] As a matter of fact, since the very beginning Biden’s presidency markedly delineated a renovated approach on climate change which characterised as utterly different from its predecessor, first with the formal rejoin of the Paris Agreement,[4] and – more recently – with the publication of an assessment of the potential threats global warming poses to US security in accordance with the Pentagon, the National Security Council and ultimately the U.S. intelligence community. [5] In particular, despite remaining the Army’s core purpose of deploying, fighting and winning the nations’ war by providing ready dominance unchanged, the release of a new climate strategy undoubtedly rises from the recognition of the broad, significant and urgent risks associated with climate change for the military at all levels, from units’ operations, to how the service as a whole equips and sustains soldiers’ multi-domain operations.[6] Hence, as Army Secretary Christine Wormuth puts it in the foreword to the strategy, “Climate change threatens America’s security and is altering the geostrategic landscape as we know it. For today’s Soldiers operating in extreme temperature environments, fighting wildfires, and supporting hurricane recovery, climate change isn’t a distant future, it is a reality”.[7]  For these reasons, remaining ahead of adversaries by seeking strategic positional advantages in a climate-altered world figures among the main priorities of the US Army for the next 30 years.[8] Most notably, the Pentagon must prepare for potential consequences related to water and energy scarcities; damages to infrastructure and installations; disruptions to operations, supply chains and logistics caused by climate change and the alteration, limitation or constraint of the land on which the Army’s vehicles operate,[9] with a view to bolster the resilience and sustainability of US forces to operate in all domains with effective mitigation and adaptation measures, consistent with the Defense’s modernisation efforts.[10]

Tangible risks to the US Army

Though not being traditionally concerned for environmentalism (partly for the lack of intersection between green movements and the Pentagon’s culture and politics), the Army’s focus on climate change is not new. Indeed, for decades, US strategists became increasingly alarmed about the security implications of climate change for the military sector, and particularly for energy efficiency and the effects on the operating environment. This ultimately resulted in the strategy noting an increased risk of armed conflict in areas where established social orders and population are disrupted, which rises even more where climate effects exacerbate social instability, reduces access to basic necessities, weakens fragile economies and government structures, as well as threatens agricultural production and infrastructures.[11] When it comes to US forces, however, negative implications stemming from global warming and extreme weather events are becoming increasingly tangible. In this sense, in recent times US military bases – including Offutt Air Force Base in Nebraska and Tyndall Air Force base in Florida – already suffered damages up to billions of dollars due to hurricanes and unforeseen flooding; similarly, high temperatures in Texas and generally southern States made training of soldiers and recruits at military bases more unsafe.[12]
Under any circumstances, with its 56 percent of the Federal Government’s carbon footprint and 52 percent of its electricity use, the Defense Department accounts for a vast part of US emissions, which therefore increases the Pentagon’s required effort and overall collaboration to address emission reduction, in line with the ultimate goal of curbing and finally attaining net-zero greenhouse gas (GHG) emissions by 2050.[13]

Starting from the policies and directives set by Executive Orders 14008 and 14057, which instruct the U.S. government to work toward the wider goal of a sustainable climate and resilience, the Army’s strategy will pursue three major objectives, namely achieving 50% reduction in net GHG pollution by 2030, compared to 2005 levels; attaining net-zero emissions by 2050; and considering the security implications of climate change in strategy, planning, acquisition, supply chain, and programming documents and processes.[14]
Along these lines, the attainment of the abovementioned goals is essentially to be accomplished by means of three different Lines of Efforts (LOE). More precisely, LOE1 will address installations to enhance resilience and sustainability through adaptation of infrastructure and natural environments to climate change threats and mitigation of GHG emissions. Additionally, Acquisition & Logistics at the core of LOE2 will increase the Army’s operational capability while reducing sustainment demand and enhancing climate resilience. Eventually, LOE3 will tackle the issue of training, with the aim of preparing the military to readily operate in a climate-altered world.[15]
Two enterprises will contribute to the functioning of the strategy at issue: first, Army modernization will create and deliver technological solutions to problems, and the Army’s research, development, test and evaluation enterprise (RDTE) will both redefine the requirements driving technical solutions and combine technologies into effective systems to be applied in the real world.[16]

Among the actions to enhance infrastructural adaptability and sustainability to the risks of climate change, the Army is currently working to develop resilient energy and water supplies to cope with potential natural, physical and cyber threats in any location. At the moment, 950 renewable energy projects supplying 480 megawatts of power to the Army are underway, and 25 further microgrid projects are planned through 2024. Similarly, by 2040 the Army will also pursue renewable energy generation and battery storage capacity to self-sustain its critical missions,[17] and new programs will be launched in order to protect the 13 million acres of land around the world managed by the US military, such as the Army Compatible Use Buffer (ACUB) program, a voluntary system of local partnerships that preserves private land near Army installations.[18] As concerns advanced technology, the Army has been working to reduce the fossil fuel consumption of its vehicles for many years. Nonetheless, in the mid-term the Pentagon is investing in a robust network of partnerships in RDTE to develop new technologies, and an intense research is being conducted about hybrid vehicle propulsion and power generation systems, with a view to integrate hybrid electric technologies into existing and future platforms for the purpose of building hybrid-drive tactical vehicles by 2035 (to be fully electric by 2050).[19] Moreover, wargames, stress tests and simulations will be organised to gain a better understanding of the many potential sources of supply chain disruption, which include extreme weather events; land degradation; raw material shortages; and adversary actions.[20] To conclude, military training will account for the new, pressing nature of climate change on future combat and non-combat operations: indeed, the Army will prepare its forces to operate in climate-altered environments though maintaining the ability to succeed in combat through specific efforts in terms of education. In this sense, Army Materiel Command’s “Climate 101” course represents a case in point to provide installation planners and garrison commanders with an introduction to climate science and its implications for energy, land, water and soil. Similarly, courses on sustainability, resilience and energy are to be attended by the US Army Corps of Engineers, and program of instruction (POI) updates will balance existing critical learning requirements and available time with the urgency of climate change.[21]

Toward peace and normalization: the Armenian Parliament’s strategy for regional stabilization