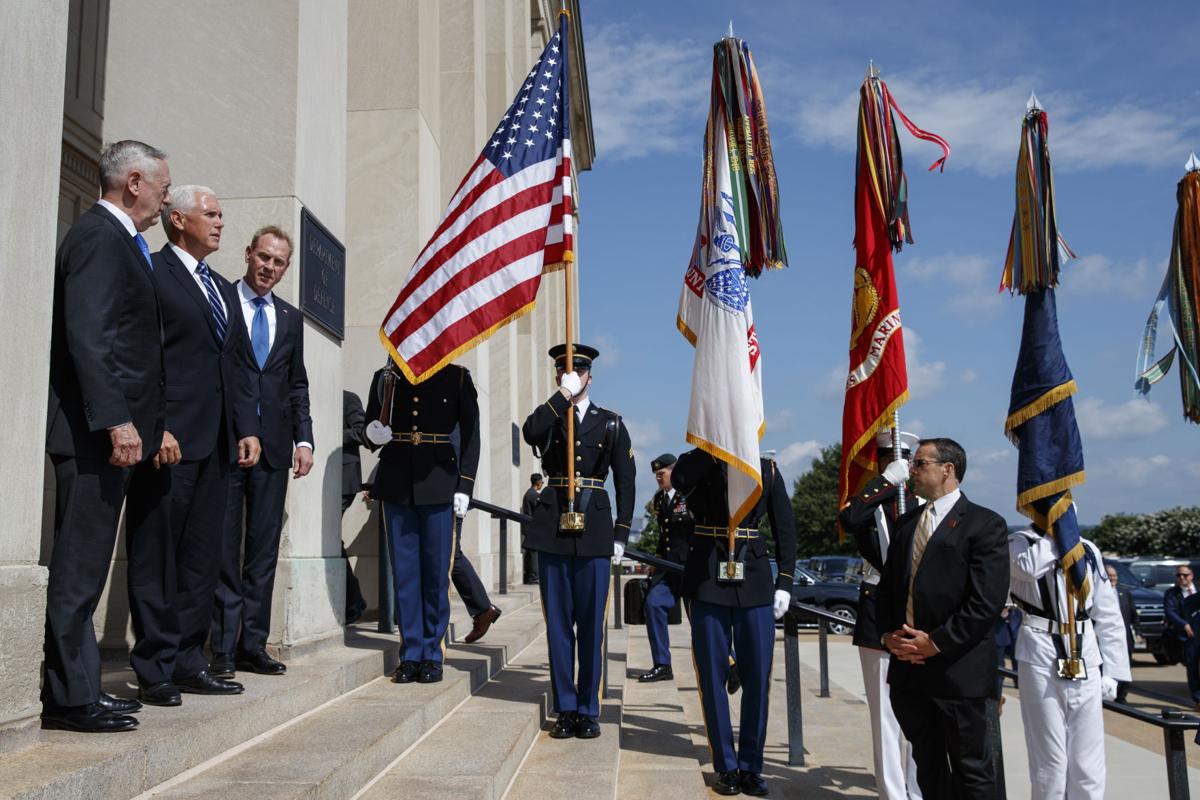 US Space Force: strategy and competitors in Outer Space

Detailed plans for the establishment of a US Space Force were outlined by US Vice President Mike Pence on 9 August in Washington DC. With a requested budget of $8 billion over five years and plans to make the force operational by 2020, the plan envisions the creation of an entirely new branch of the US military focussed on US interests in outer space.1 President Donald Trump had previously outlined his support for such an initiative on 18 June, following the third meeting of the National Space Council.2

The envisioned Space Force will become the sixth branch of the US armed forces, and is intended to have control over military operations in outer space, absorbing parts of the operational duties of other agencies and commands. In particular the Space Force is aimed at managing satellite-based surveillance, communications, cyber warfare and positioning systems for US supremacy in outer space.

This is not the first time a US president has advanced military plans for outer space. In 1983, President Reagan famously delivered his “Star Wars” speech, aiming to install weapons in space and on the Moon in opposition to the Soviet Union.3 Reagan’s strategy led to the creation of the Strategic Defense Initiative Organization (SDIO), formed in 1984 within the Department of Defense to oversee the development of the proposed missile defence system. The Strategic Defense Initiative officially closed in 1993, when the Clinton administration decided to refocus on ballistic missiles menace, renaming the institution the Ballistic Missile Defense Organization (BMDO). Nowadays, BMDO is responsible for the development of ballistic missile defence systems on behalf of the Pentagon.

Many have framed the US announcement as a response to recent advances in Russian and Chinese space capabilities and a related backsliding in the US’s traditional military and technological edge in the sector. Others still have approached the announcement with scepticism, considering its timing as related more to domestic politics and the upcoming US midterm elections, than to a serious strategic effort to remedy US shortcomings in the sector.

Despite the collapse of the Soviet Union, the Russian space programme maintains a notable degree of vitality, as also demonstrated by Russia’s active participation in the International Space Station (ISS).4 In March 2018, Vladimir Putin further announced a new generation of long-range strategic nuclear weapons that he claimed would be able to outmanoeuvre US defences, raising further concern among US military and strategic communities.5

China has also been catching up with the US in the space sector. Since Beijing demonstrated its anti-satellite (ASAT) capability in 2007 by destroying its own aging Feng Yun 1C polar weather satellite with a kinetic kill vehicle6, the US strategic community realized their space assets were potentially vulnerable to adversarial strikes. The establishment of the Chinese’s Strategic Support Force (SSF) in 20157, specifically tasked with space and cyber operations, meant that China was ahead of the US in thinking of cyber and outer space as integral parts of their military planning, innovation and modernization.

The US is now moving to remedy these shortcomings, beginning to view outer space as the next war-fighting domain. This is particularly true with regards to the security of its space assets – such as satellites for communication, positioning systems or navigation – and defence against potential ASAT attacks.

The establishment of a separate branch of the military will take years to materialize, and also requires Congressional approval. Congress will need to complete two viability studies before making a decision: a first in August, to assess needs and expected returns from such a force, while the second is due in December, covering implementation and budgetary costs.8 Although the President’s Party has majority in Congress, the opposition to the establishment of the Space Force is in both Parties. The Republican Party is divided and even if GOP leaders back Trump’s proposal, key Republicans in the Senate aren’t convinced, creating a debate on the cotst for a new branch of the military.9

The US government is legally bound to safeguard not only its military space assets but also future private commercial activities in Cislunar orbits. As a result, capabilities to develop situational awareness and sustain a direct presence in Cislunar space are viewed as US national interests.10

The institution of a US space force would consequently be aimed both at protecting military assets and US private proprieties and activities in space. For example Elon Musk’s SPACEX, or the Blue Origins, Planetary Resources and Moon Express companies are progressively developing space capacities. In 2015, Congress passed the US Commercial Space Launch Competitiveness Act11, which entitled US citizens to own space and asteroid resources as private property, in line with national and international rules and obligations.12

China is immediately behind the US and is stimulating domestic private companies like LandSpace and OneSpace to take part at the new space race.13 China mainly aims at specific sectors like space infrastructure and the use of satellites to increment the commercialization of space industry. Further plans foresee the construction of a permanent base on the moon, as well as outer space mining and resource extraction.14

From the above it is clear that a number of states are now moving towards the militarization and privatization of outer space. Such ambitions stand in clear contrast to the Outer Space Treaty (OST) however, which forms the basis of international law governing the space sector.15 A majority of states – including the US and Russia – ratified the Treaty in 1967, while others, like China, followed suit a few years later. The objective at the time was to prevent the heightening of Cold War tensions from spilling over into outer space, bringing the military and ideological competition between Washington and Moscow to another field.

The OST therefore included prohibitions against the stationing of weapons of mass destruction in the earth’s orbit, on the Moon or any other celestial body, or otherwise stationing them in outer space. The Treaty also exclusively limits the use of the Moon and other celestial bodies to peaceful purposes and expressly prohibits their use for testing weapons of any kind, conducting military manoeuvres or establishing military bases, installations and fortifications.

Today, US space capabilities and presence are directly tied to the ISS. The first components of the ISS were launched into orbit in 1998, leading to the completion of the habitable space station in 2011. The ISS serves as a environmental space laboratory in which experiments can be conducted in microgravity. The ISS programme is an international project among five space agencies: NASA (US), Roscosmos (Russia), JAXA (Japan), ESA (EU), and CSA (Canada). Yet, the ISS is programmed to last only until 2028, making a future US stable presence in the Low Earth Orbit (LEO) uncertain.16

On the other hand, China is already sending parts of the future space station into orbit, with the target of having it operational by 2022.17 The United Nations welcomed the project as an action of international cooperation18. Moreover, the establishment of the space station has been seen as a political slap at the US, which gave impulse to the Chinese project by barring them from the ISS.19

The Trump administration’s announcement of a US Space Force is not that big a surprise as some are making it out to be. While many in the media are billing it as yet another policy initiative aimed at energizing Trump’s domestic base in the run-up to the mid-term elections, or to distract from the many foreign and domestic troubles facing the administration, a careful analysis of recent debates in Washington will demonstrate how such an initiative has been many years in the planning20.

The theatrics and presentation of the initiative have no doubt been impacted by Trump’s persona and leadership traits, but Congress and the US Armed Forces have long been worried about a US dependence on national and foreign space assets. The massive use of satellites for communication, navigation, early warning systems is indeed a potential liability in the event of conflict.21

Trump’s plan for the creation of a branch of the Armed Forces to protect US interests in outer space is not driven only by electoral interests, as the critics say. The plan concur with the space policy for a major US presence in space and probably wouldn’t bring great electoral benefits. Recent Chinese and Russian technological advancements and efforts by the current US administration to boost private investments in the space sector have combined to add urgency for defending satellites and other space assets. The United States is exporting to outer space the model always used on Earth: privatization and militarization to defend US interests. This strategy has often led to major clashes on the planet. Surely exporting a system that is potentially bearer of disputes and confrontations even in space, is not reassuring. From a purely administrative point of view there are numerous members of the Congress who have highlighted how, instead of immediately creating a new branch of the Armed Forces, the government could have started from a Space Corps in the Air Force Department, similar to how the Marine Corps is part of the Navy Department. Elevating the proposal to create a new department will mean additional Pentagon bureaucracy, critics say. 22

What just few years ago could seem to be merely science-fiction is now more concrete than ever.

1 “Remarks by Vice President Pence on the Future of the U.S. Military in Space”, The White House, 2018, https://www.whitehouse.gov/briefings-statements/remarks-vice-president-pence-future-u-s-military-space/

4 Anatoly Zak “A Rare Look at the Russian side of the Space Station”, Air and Space Smithsonian, 2015

10 James Vedda “Cislunar Development: what to build and why”, The Aerospace Corporation, 2018

14 Rebecca Harringhton “China plans to reach Mars by 2020 and eventually build a moon base” Business Insider, 2018

15 Treaty on Principles Governing the Activities of States in the Exploration and Use of Outer Space, including the Moon and Other Celestial Bodies, 1967

17 Jeremy Berke “China is building a brand-new space station, and it may be the latest move in a new space race”, Business Insider, 2018

18 UNOOSA “The United Nations/China Cooperation on the Utilization of the China Space Station”, 2018, http://www.unoosa.org/oosa/en/ourwork/psa/hsti/chinaspacestation/1st_cycle_2018.html

22 Alex Ward “The Pentagon is giving Trump his Space Force. Congress may take it away”, Vox, 2018