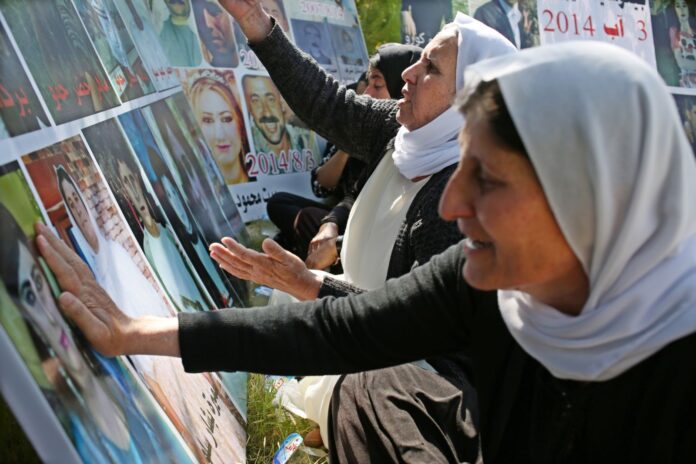 On 1 March, the Parliament of Iraq passed the Yazidi [Female] Survivors Bill in favour of Yazidi women who have been victim of violence, repression and murder by the group of Islamic State (Isis) jihadists[1]

First submitted to the Parliament in 2019 by Iraqi president Barham Salilh, the law was repeatedly rejected and submitted to revisions due to the alleged exclusion of Yazidi men, who also experienced violence, and other minorities. However, after two years in the Parliament, the law formally passed at the beginning of march.

If on the one hand the bill provides for medical and psychological support, free residence, a monthly salary and ultimately the right to education and employment, on the other hand Yazidi women are left with a complex dilemma concerning the children born from the violence suffered.

In particular, Yazidis do not accept children whose fathers are of a different religion and additionally committed violence against the community, thereby constraining women to decide whether to come back to their original communities or to remain with their children.[2] In spite of this, Nobel Peace Prize Nadia Murad welcomed the bill by affirming its importance as a first step toward the recognition of the gender-based trauma of sexual violence and at the same time as an attempt to provide justice to the victims of Daesh atrocities during 2014.[3]

A history of discrimination

Yazidi is one of the oldest and largest minority groups living in the north-western part of Iraq. Due to the specific features of its religious configuration, Yazidis occupy a peculiar place in the ethnic configuration of the Middle East,[4] as their monotheistic faith took elements both from Zoroastrianism, Christianity and Islam. Such derivative quality often led the Yazidis to be referred to as a sect, which in turn led to an increasing marginalization and eventually to violence and discrimination: in fact, since the 18th century, Yazidis were subject to 72 genocidal massacres under Ottoman rule alone[5], and systemic discrimination continued in the following years until the present.

For example, since 2003 Yazidi villages and temples have been repeatedly targeted,[6] while in 2007 the number of Yazidis who were killed during the American- led invasion as a result of a devastating attack in the villages of Kataniya and Jazira amounted to 800 people.[7] The discrimination on a day-to-day life lays at the basis of the prosecutions throughout history: as a matter of facts, public schools in Iraq do not recognize Yazidis’ cultural traditions, and negative stereotypes of religious minorities are continuously advanced, thereby contributing to even more marginalization and deny of equality and recognition of minority communities.[8]

The 2014 Isis’ genocidal campaign against Yazidis

The perception of Yazidis as a sect was exploited by Daesh during the 2014 genocidal campaign, which was aimed at eradicating the Yazidi community in Iraq.[9] Specifically, a system of sexual slavery was established, in which women’s bodies were traded and raped as a means of eradicating the birth rate of Yazidi children.[10]

Such attacks against the Yazidi communities have been recognized as genocide by the European Parliament, the US House of Representatives, the United Kingdom and ultimately the UN Independent Commission Inquiry;[11] in addition, in 2016 the UN Human Rights Council reported that the crimes committed against the Yazidis aimed at destroying both their practices and the population itself.[12]

To this respect, the Islamic State terrorist organization launched targeted mass killings against the ethnic minority at issue, and the most brutal attack, which took place in Sinjar, generated over 60 mass graves and kill sites.

In spite of the fact that ISIS has been defeated from a territorial point of view, the terrorist group still remains a threat for Yazidi communities, as hate speech and minorities-adverse ideology continue to proliferate in the country; moreover, albeit several countries recognized that the acts committed constitute genocide, universal jurisdiction to prosecute ISIS fighter has not been claimed by any State. Nonetheless, an attempt in this sense came in 2017, when the United Nations established a new Investigative Team to Promote Accountability for Crimes Committed by Da’esh (UNITAD).[13]

Foto copertina:Fifth anniversary of Yazidi genocide by IS